Become a Friend of the River » 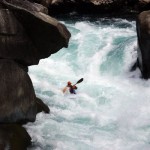 Okay, really, I have only ever done (maybe) a class III rapid while canoeing the Buffalo River in Arkansas or the Lower Mountain Fork in Oklahoma. And that still might be stretching it. But I do want to raft some big rapids soon and have been looking at rivers around Texas. Anybody know some great class IV’s in Texas? I guess most would say the Rio Grande, but I am open to suggestions. Well, onward to learning about the “Scale of River Difficulty” according to the American Canoe Association 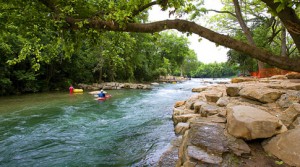 Class I. Moving water with a few riffles and small waves. Think Barton Creek during the summer or the Colorado River below Longhorn Dam in Austin. “Child’s play,” I say!

Class II. Easy rapids with waves up to 3 feet and wide, clear, channels that are obvious without scouting. hmm, I’m thinking of some parts of the San Marcos River. 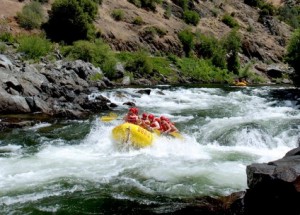 Class IV. Long, difficult rapids constricted passages that require scouting and precise maneuvering in turbulent waters. Rescues are more difficult. Generally not possible for open canoes and paddlers should know how to do an Eskimo roll.

Class V. Extremely difficult, long, and violent rapids with lots of obstacles. Rescues are difficult. Must know how to Eskimo roll. 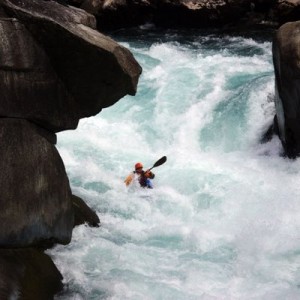 Class VI. Think class V with extremely difficult navigability. NEARLY IMPOSSIBLE AND VERY DANGEROUS. For teams of experts only after much scouting and precautions taken. I shudder at the very strong language in this one. They are basically saying “You will die!”

Keep in mind however, that each river’s scale might drastically change with either more flow or less. Sometimes, when there is a lot of rain there will be flash flooding and sometimes the increase in flow will actually reduce obstacles and therefore be more navigable. Always scout if you don’t know.

Become a Friend of the River »
Policies | © 2022 Texas River School | All rights reserved worldwide
Texas River School is a part of The Chautauqua Foundation, Inc., a nonprofit, tax-exempt charitable organization under Section 501(c)(3) of the Internal Revenue Code.